I joined Twitter at the end of ULearn11, the same day as I started this blog.  It was a huge leap, but after three days of attending keynotes and breakouts and hearing about how other educators were using various websites, blogging and Twitter in their classrooms and their own personal learning I thought I'd make the leap.

You can see my first blog ULearn11 - learning, discovering, trying it out for myself to see the beginning of my blogging journey nearly three years ago.

I started off in Twitter very slow.  It was fits and bursts, slowly finding people to follow.  Going to Educamp in early November 2011 helped.  It gave me the opportunity to see how even though we were in the same room we could communicate not only verbally but virtually and with people elsewhere in the country who could not be there, therefore widening the discussion and learning possibilities.

The Rugby World Cup and the elections in 2011 were other opportunities to have a blat on Twitter too.

But that first year, through till ULearn 2012, I felt more of a voyeur than a participant.  At ULearn 2012 I began to use Twitter much more.  During breakouts I would have my laptop with me and this made it easy for me to write my notes directly into my blog, go straight to the websites discussed and so on.  But in the keynotes I struggled with my laptop on my knee in a confined space and was often running short on battery.  I had recently purchased a cheap and nasty tablet, so I started tweeting on that to take notes of the keynote.  That worked a treat.  It meant later that I was able to go back to my tweets (and those of others I had retweeted) to reflect on what was said and blog it as part of my reflections.

Sometime in early 2013 I discovered #edchatNZ on every second Thursday night, and I started getting involved in Twitter chats.  This is a great chat because it encompasses teachers and non-teachers from all education sectors and really gets some great debate going on a variety of teaching, learning, professional and educationally political matters.

I've also fallen into other chats at various points, but this one I Storified below I accidentally started one Thursday night that wasn't an #edchatNZ night but got people talking:  Sadly Storify has deleted itself from the Social Media landscape and none of my Storifies exist anymore.  😭😭😭😭

The key phrase that has emerged in the last few years has been PLN or Personal Learning Network.  As teachers we are developing these networks, communicating with a range of teachers we may otherwise not have encountered.

And #edchatNZ is actually hosting its first face to face unconference in August.  Check out this poster and go to the BlogSpot for more info or just ask on Twitter using #edchatNZ to find out more: 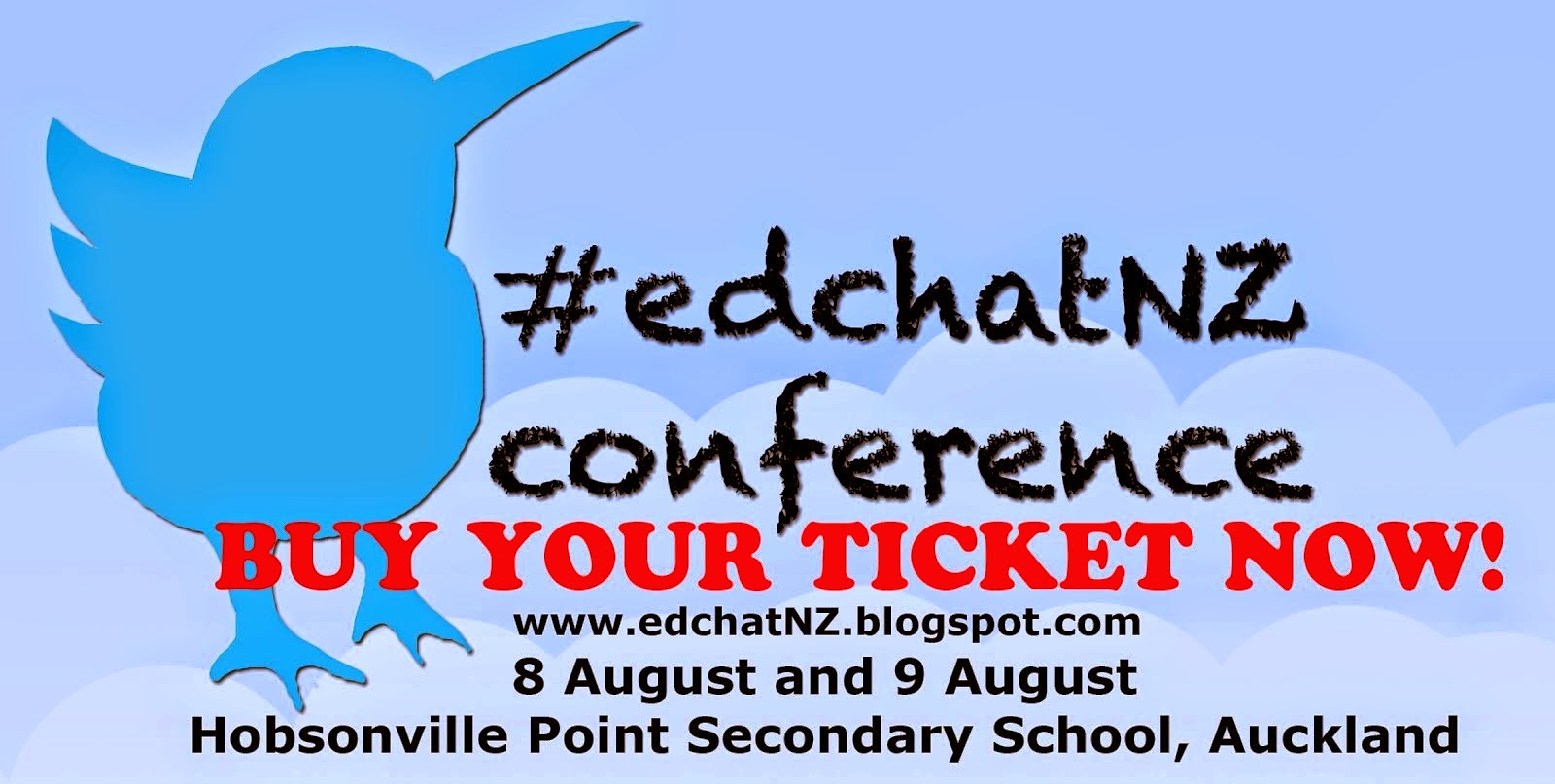 I talk to a range of primary, intermediate and secondary teachers as well as facilitators on Twitter, principals too, and sometimes BOT members of various schools.  I am unsure how many ECE teachers are engaged, but it would be great to get more involved.

But I also communicate with politicians, sports people, media, comedians, musicians, actors and many other amazingly funny, creative, thought provoking, interesting Twerps and Tweachers.  I may have started off slow, but I am now over 11,000 tweets into this journey and it is amazing.

Kevin Honeycutt (@kevinhoneycutt) said at ULearn12 that Twitter has your back.  I can say that you can put something out to your PLN and they will respond and an amazing conversation will be thrown back to you.  This happened to me in March, accidentally again, when I posted The Classroom Environment - what makes a class attractive?  What followed when I posted that blog up was four hours on a Friday night of people sharing great artwork and project ideas from their classroom walls!!

I saved so many of those pictures for inspiration later on.

And that is the great thing about a PLN is that they inspire, advise, invigorate, spark new thinking, refocus, give a different point of view - and I can do it from the comfort of my bed in my pjs for free!!!

Posted by melulater at 22:31 No comments: