Just thought I'd mix it all up with a bit of English to break the monotony of art activities. 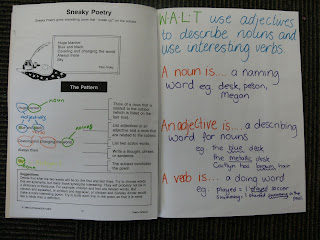 I got this from a book that has all sorts of poetry forms in it, and I find that it is a fantastic way to teach the children about verbs, nouns, adjectives and adverbs.  Above you can see a photo of the modelling books I used to introduce this with my class. 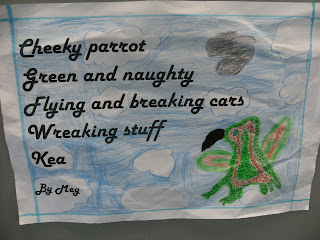 The last time I did this, the theme my class was studying was NZ native birds.  But you could do this with any theme really.  While I was relieving I found pets was a good theme.  Children love writing about their pets.

So this is how sneaky poetry works:  You don't tell the reader what it is until the last line, and the four preceeding lines are clues. 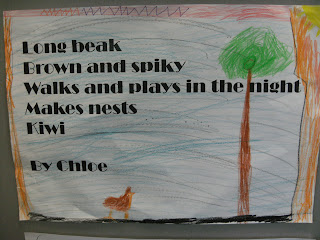 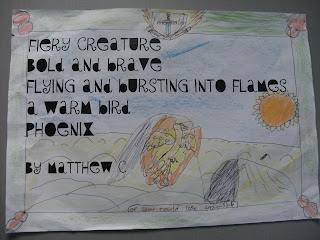 So lets say I wanted to write a poem about my (now not so little) kitten, Ritchie McClaw.
Firstly I would brainstorm as many adjectives about him as I could (e.g. black, hyper, cheeky, destructive, naughty, curious, inquisitive, cute, adorable, annoying...). 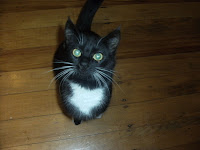 I would also need to brainstorm some verbs to describe what he does (e.g. rip, tear, jump, eat, snuggle, investigate...).  Below is an example I did with the class in the modelling book: 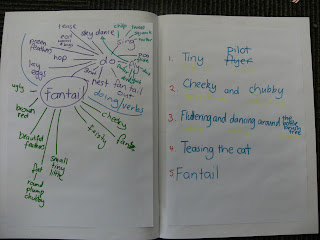 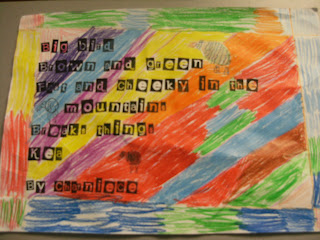 Obviously the layout of the poem is important and some students, particularly young students, struggle with the idea of using new lines for each section of the poem.  Punctuation such as commas and full stops are not necessary, but capital letters at the beginning of each line are. 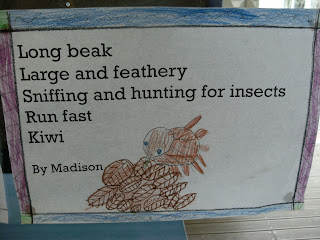 Ofcourse, once the students have written their poems, I'm sure you'll find an appropriate way to publish and display them.
Posted by melulater at 12:00